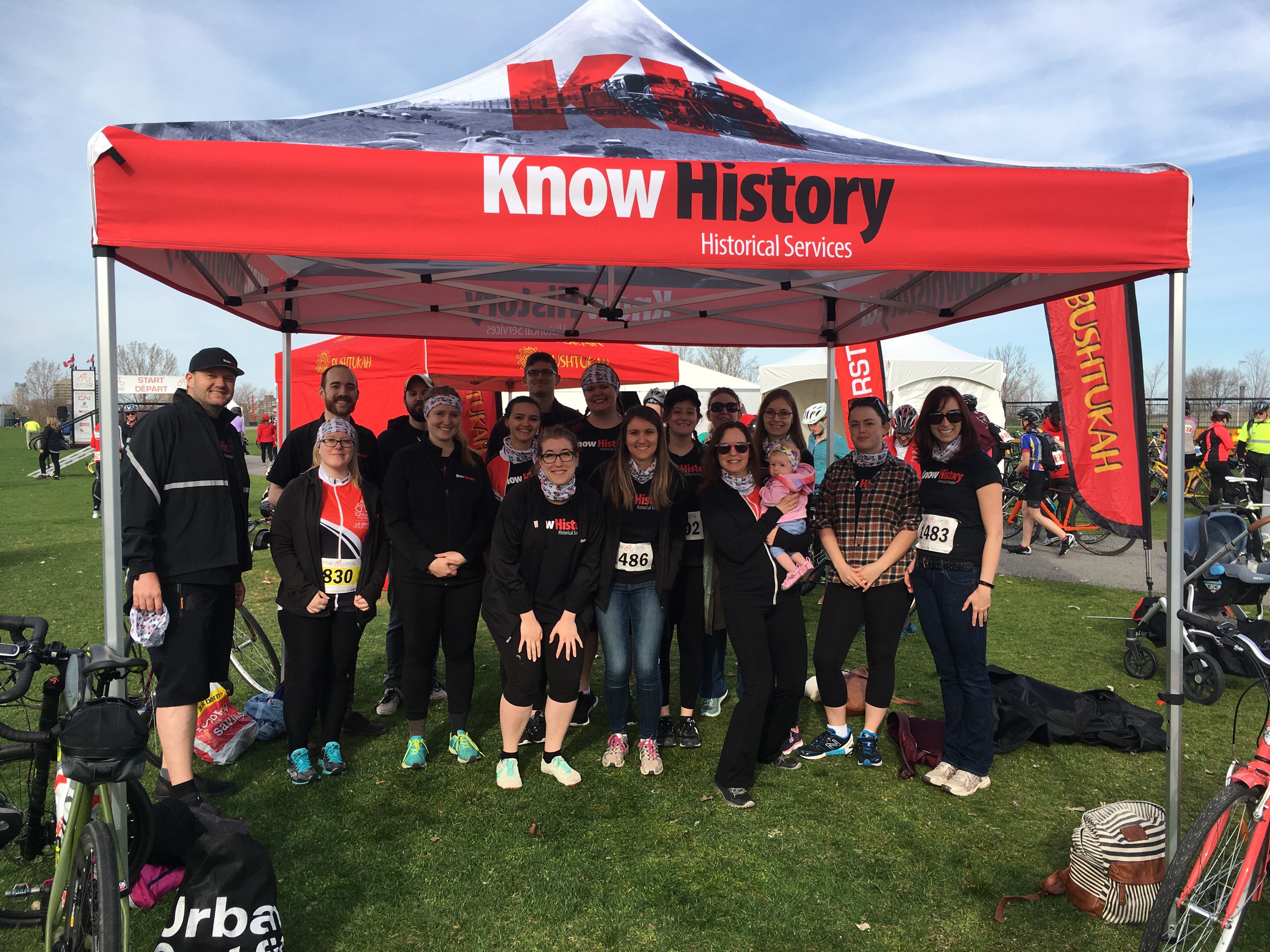 This post was written by KH Associates Leanne Gaudet and Brittney Bos, who together were the organizers of Know History’s CN Cycle for CHEO team!

On Sunday, May 6, the Know History team came together to bike and walk for an amazing cause. For the past decade, the Children’s Hospital of Eastern Ontario (CHEO) has put together a charity bike ride and walk to raise money to fight childhood cancers. The initiative has helped purchase life-saving equipment, bring families closer to their sick relatives, and improve the lives of Ontario’s children. The event raises funds but also brings awareness to the important work done by CHEO. In 2018, the CN Cycle for CHEO celebrated its 10th year and Know History was proud to take part in this remarkable community event that raised over $1,000,000. Twenty-two employees either laced up their runners or tuned up their bikes to participate, and the rest of the Know History team provided crucial support from near and far. We also enlisted the help of countless family, friends, and other community members to not only reach our fundraising goal but to SMASH it.

This was a personal event for so many people on the team, as nearly every employee had a story about how they or a close friend or family member was helped by a Children’s Hospital across the country. It all started back in late March when the employees of Know History were tasked with putting together a team. The original “call out” was met with an overwhelming response and employees were excited to contribute! Our motivation to fundraise for CHEO was only heightened when it was announced that if our team managed to raise $5,000, Know History would match the donation. With little over a month to reach this fundraising goal, our CHEO Team rose to the occasion and came up with creative ways to raise funds. In addition to asking friends and family for support, members of the team offered artwork and baked goods in exchange for donations, a bottle drive was organized, and a yard and bake sale was (generously) hosted at Elina Hill’s home in early April. Perhaps the most successful fundraising strategy was conceived of by Nick Bridges, who encouraged staff members, friends, and family to donate in exchange for votes on a new beard style (it was a democratic experience like no other). The winning style – “the Retired Bill Murry” – was revealed on the day of the event, which added even more excitement to the day.

Support for our team was expressed in so many ways, as parents of staff members donated baked goods and items to the yard sale, extended family and friends sent in donations from across the country, and coworkers in Calgary, Victoria, London, and Toronto cheered us on. In total, we raised nearly $13,000 and finished in the TOP TEN teams for the event. Together we made a huge impact in the fight against childhood cancers and the continued support that institutions like CHEO provide for families. These fundraising efforts were also an impactful way to come together for a great cause and bond as staff members. The morning of May 6 will be remembered by Know History colleagues and their support networks for years to come… But we are already excited to see what next year will bring!

And after! The Retired Bill Murray!