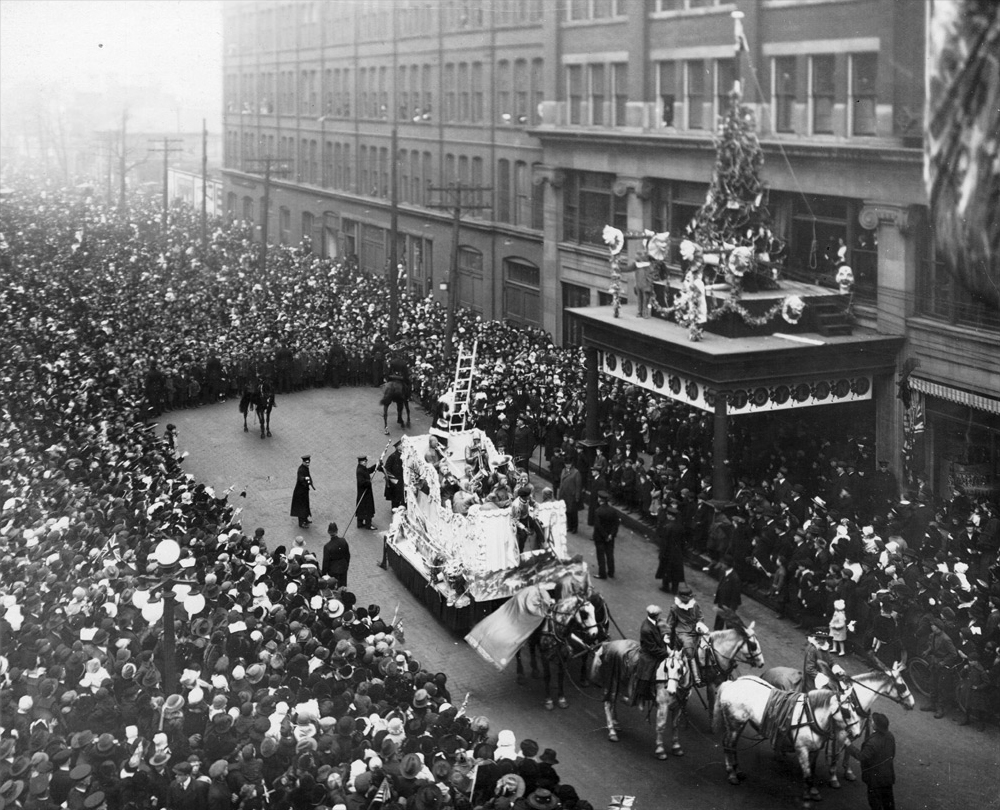 The holiday season is finally upon us. It’s the time of year for family, friends, food, presents…and the Santa Claus Parade!

Do you know what role Canada played in the development of the traditional Santa Claus Parade?  Year in and year out, we take joy in traditions with perhaps little thought into how they developed or what influenced their creation.

Did you look forward to the Santa Clause Parade every year? Then you’ll enjoy this holiday-themed episode; the first of a series to be released during the month of December.

Our traditions started somewhere.  So, join us as we notice the history of the Santa Claus Parade.

Though Haddon Sundblom’s art of Santa for Coco Cola is iconic, it was actually his predecessor Fred Mizen who first drew Santa for a Coco Cola advertisement. This advert showed a mall Santa in the middle of a crowd drinking the red-themed soda.

Penfold, Steve. A Mile of Make-Believe: A History of the Eaton’s Santa Claus Parade. University of Toronto Press, Toronto, 2016.