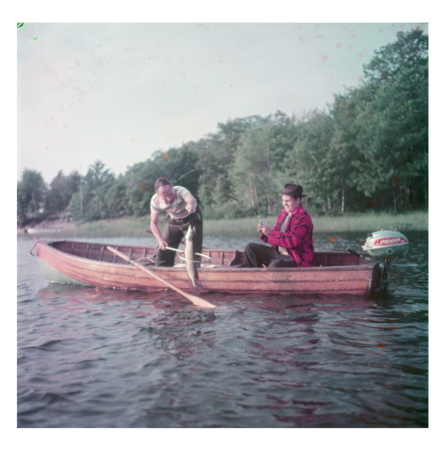 "Muskoka! The grandest spot in all America. Lakes of blue set with isles of emerald." 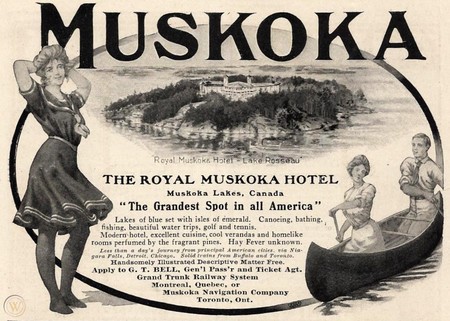 This chapter explores the history of Georgian Bay Islands National Park. We discuss Beausoleil Island’s transformation from a quarry to a tourist destination, and its current status as a protected landscape that is healing environmental and cultural wounds of the past. 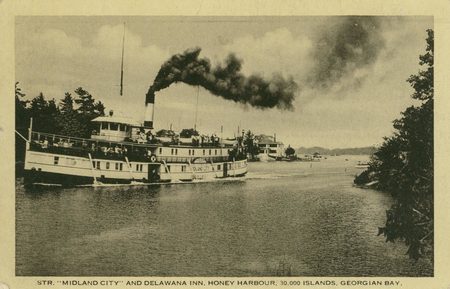 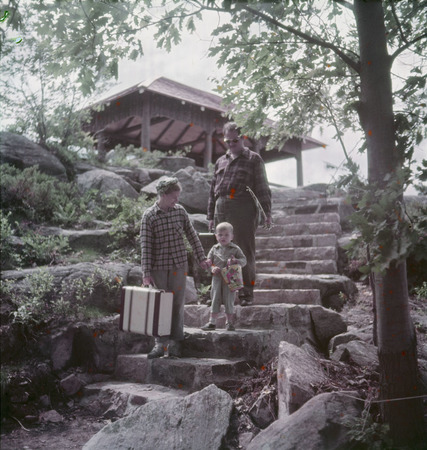 "My name is Greg Garratt. Born and raised in the Penetanguishene and Georgian Bay area as well. I come from a long line of family going back to Drummond island descendants of Dusome-Clermont and Beausoliel lines of the late 1700's. I joined the Navy as a Marine engineer from 1981-1989 then moved back home and married Heather (nee Gidley), a local girl. Heather is also a Drummond island descendant from the Laramee- Clouthier and Labatte lines.

The community unity has never been stronger and that is a direct result of the community we live in and the culture of Metis looking after their own".

2. A 1905 advertisement for the Royal Muskoka Hotel on Lake Rosseau, Muskoka. From: The Internet Antique Shop.

3. A postcard of the Georgian Bay Tourist Company steamboat MIDLAND CITY at Honey Harbour on Georgian Bay, circa 1930. From: Maritime History of the Great Lakes.

4. Mr. and Mrs. HH Kart and their son Henry from Buffalo, NY, set off on a fishing expedition from Honeymoon Grove where they camped at Beausoleil Island in Georgian Bay Islands National Park. From: Library and Archives Canada, G Blouin, accession 1971-271, item 4317362, TCS 01185.