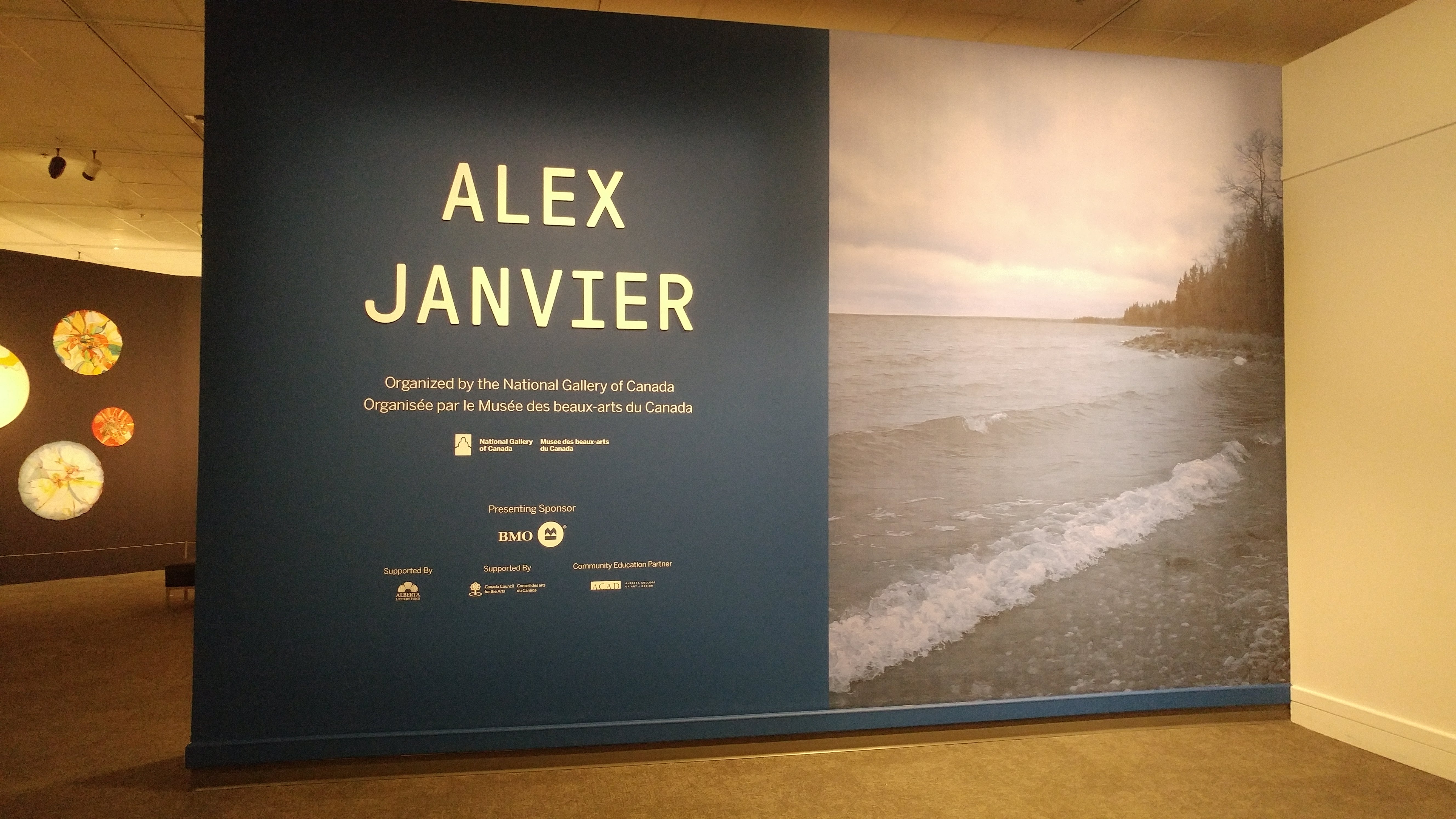 From time to time our team members contribute stories to the History Hub on things that inspire and interest them. On June 16th, Emily Keyes attended “In Conversation: Alex Janvier” at the Glenbow Museum in Calgary. Below is her reflection on the event.

In front of a rapt audience, National Gallery of Canada curator Greg Hill asked Alex Janvier, “Why do you paint?” With a chuckle, Janvier replied that he didn’t know how to do anything else.

This past weekend the Glenbow Museum hosted Hill and Janvier as part of the opening of the “Alex Janvier: Modern Indigenous Master” exhibit. Organized by the National Gallery of Canada, the show is a major retrospective that celebrates Janvier’s influential and unique work.

In conversation with Hill, Janvier reflected on his career, including his decision in the 1960s to become a “rebel” and change the Department of Indian Affairs and Northern Development from the inside. Janvier shared an anecdote about his involvement with the Expo 67 Indians of Canada pavilion; according to Janvier, the original plan for the pavilion had the Expo’s monorail passing directly through it. At the time, when asked what he thought about the design, Janvier commented how this was reflective of reserves in Canada: hydro lines, the CPR, and pipelines ignored the surrounding community, and preceded to cut through the land. Unsurprisingly, the designs were redrafted. Janvier also concluded that in his opinion the pavilion was the first real genuine connection between First Nations and Canada.

The Indians of Canada Pavilion, pictured here in May 1967. Library and Archives Canada / Canadian Corporation for the 1967 World Exhibition / e011179970 ; Copyright: Government of Canada.

Thank you to Mr. Janvier, Mr. Hill, the NGC, and the Glenbow for facilitating this important conversation! “Alex Janvier: Modern Indigenous Master” is on now at the Glenbow until September 9th, 2018.