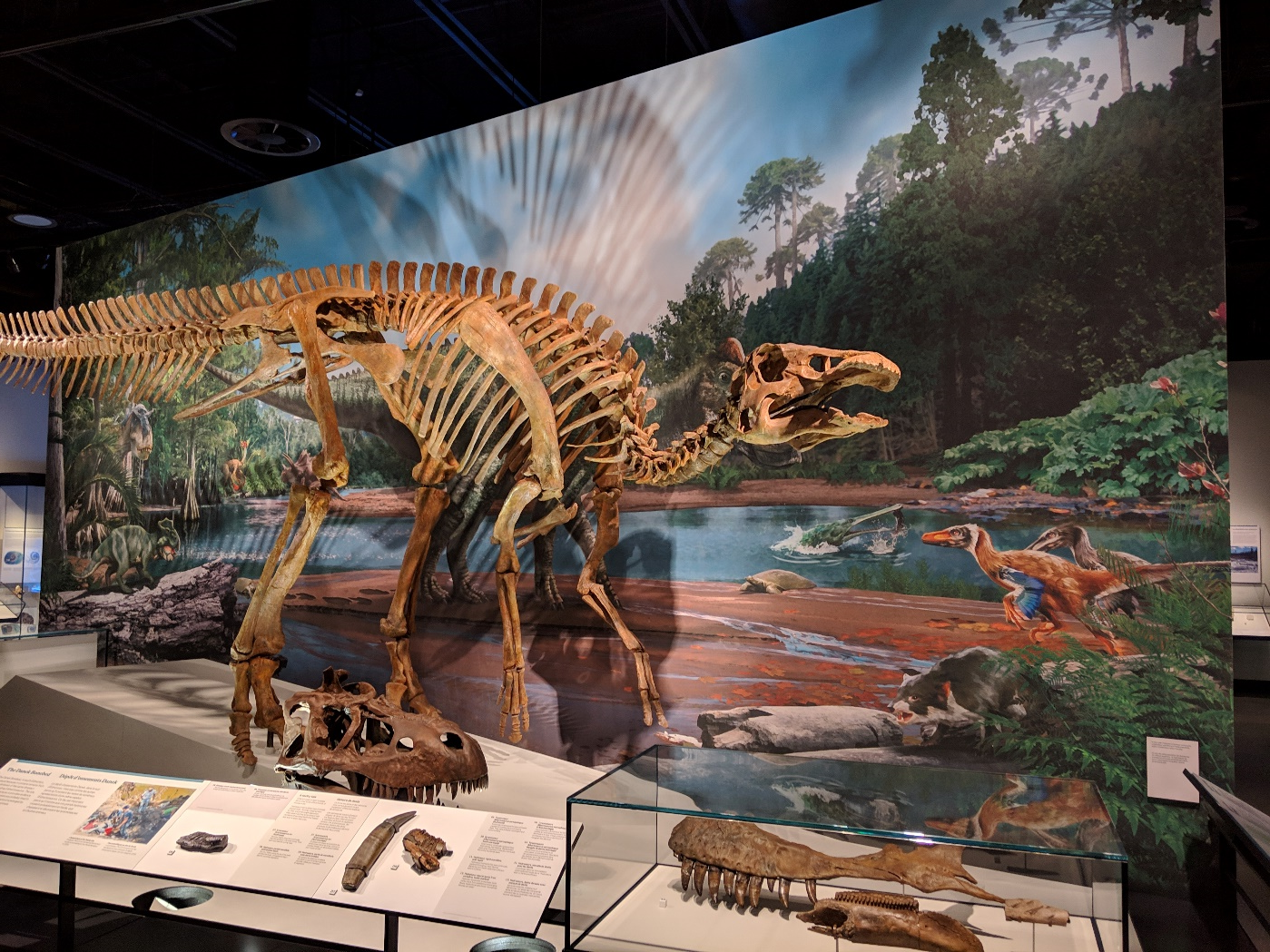 During the holiday break KH Senior Associate Anna Kuntz along with her family visited the Royal Alberta Museum in Edmonton, Alberta. Below is a short post about her impressions.

Over the Christmas holidays my family and I went to the newly opened Royal Alberta Museum in Edmonton, Alberta. The new museum officially opened on October 3, 2018 after four years of construction and planning. Having grown up near Edmonton, I’ve been to the original Royal Alberta Museum several times. Visiting the brand-new museum building and exhibits created one level of anticipation, but another level for me was seeing the final product after working on the research for several of the stories. In 2014 and 2015 Know History conducted research for twenty-five stories and was involved in the scripting process for the text of fifteen stories found in the Human History Hall. Know History was also involved in the creation of the murals for the Natural History Hall.

The Human History Hall is organized so visitors move through the history of Alberta thematically, focusing on the various groups of people present in the province over time, their ways of life, culture, politics and how all this shaped Alberta. For this hall Know History worked on story panels where we first researched and collected what information we could find about these topics based on themes provided by the museum. We presented the information to the museum team we were working with and then honed the research based on feedback. The second phase was producing research documents for the panel script, highlighting key points for the text and coming up with further research questions. I found this phase fascinating because I had never really thought about the structuring that goes into exhibit text before, such as, who is the intended audience? What is the reading level of the intended audience for this text? Is the text to be derived from and molded around an object, space, or story? Or are the items, images, etc. going to be used to support a predetermined story? It was amazing to see that some of the panels included text, images, and/or objects that Know History suggested.

Of the work Know History was involved in, the section of panels that really drew me in were the panels telling First Nations stories, particularly the creation stories. These are situated below ten photographic banners running from floor to ceiling, which depict stunning Alberta vistas associated with the stories, and maintain the connection of the story with its contemporary site. To me this emphasizes how the stories are not part of the past, but connected to the present. This connection is further emphasized by photos or videos of elders telling these stories. These banners made an impression on me, beyond the stunning images, because these were some of the stories Know History worked on.

“Of the work Know History was involved in, the section of panels that really drew me in were the panels telling First Nations stories, particularly the creation stories.”

In the Natural History Hall, the work Know History did was very different: we provided the illustrations that appear behind some of the amazing prehistoric skeletons. We worked closely with the museum team and Polygon Studios from Montreal. To create the most realistic illustrations we researched images of the landscapes, plants and animals from prehistoric epochs and used present-day images of different sites in Alberta as reference. The final product is awesome because the museum’s skeletons are positioned in front of their painted representations, helping the imagination bring to life these massive creatures.

“It is thrilling to be able to say that I was involved in a small way in the creation of this great museum.”

I could go on about all the great aspects of the Royal Alberta Museum: the fact that while the historical objects are displayed in traditional glass cases, they are mixed with contemporary art to show another aspect of the history; the use of technology to tell the stories, such as a touch screen graphic novel of a small pox scare in Calgary in the 1890s; or the interactive oral history and photographs of settlers linked to a map of their land lots. It is thrilling to be able to say that I was involved in a small way in the creation of this great museum.

All images featured in the post taken by Anna Kuntz.

For more information about the Royal Alberta Museum and to plan your visit, go to their website and follow them in social media.